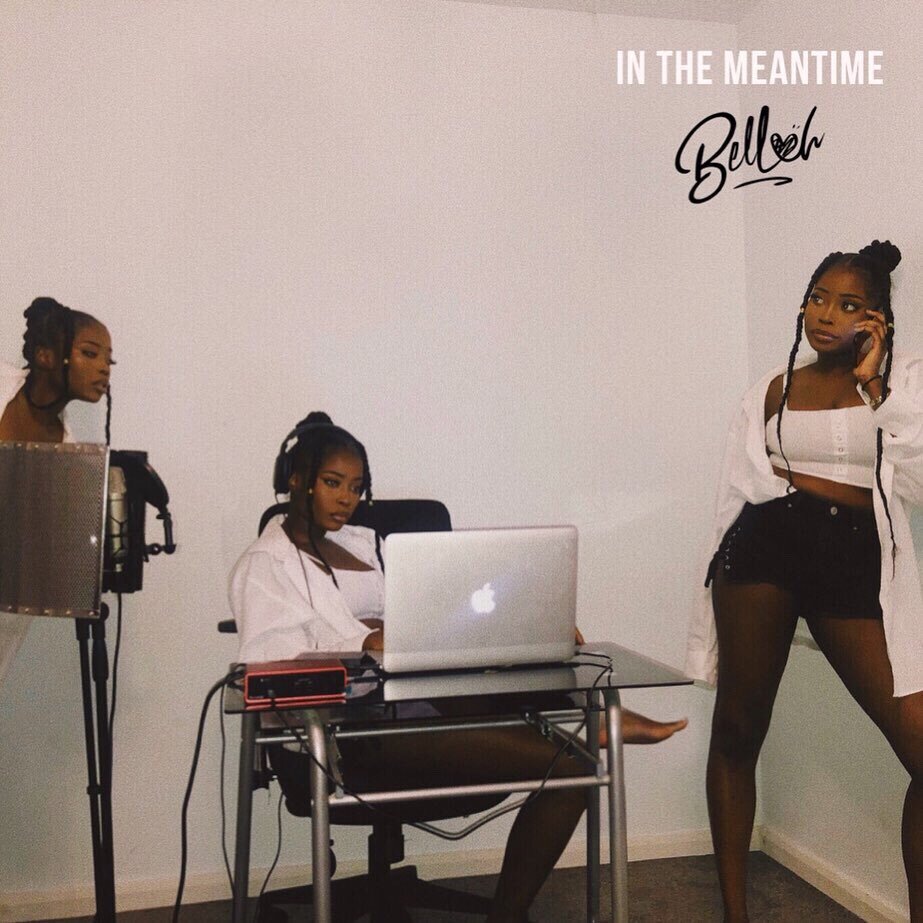 If you haven’t heard of Bellah yet or listened to ‘In the Meantime’, I’d like to ask you how it’s going under that rock you’re living in?

Following on from her 2019 EP Last Train Home which included hits such as ‘Never Loved’ and ‘Lost Ones’, Bellah has released a body of work that has cemented her place as a trailblazer in the rise of UK R&B.

‘In the Meantime’ is a display of our truest emotions laid bare and I think the production is perfect for that purpose as everything is stripped back; it’s raw and honest. Which is what I get from each of the songs. It almost seems as if each track is a response to the previous one. Two perspectives involved in a modern day love story… or a modern day entanglement – you take your pick, we don’t judge around here.

They almost put together a coherent sentence. One person’s thought process is that “we both know where we stand so I thought this would be easy?”

While the other is thinking “I thought this would be a good thing but you don’t even need me anymore?”

From top to bottom, the EP is a journey of shades of purple.

We start off with ‘Stand’. It’s logical that the first track on the EP represents the early stages. The good times.

The acoustic guitar is light and airy, easy going just like this “situation” is painted to be. It’s natural, it’s fresh and it’s sweet. It’s like you’re taking in a deep breath in a field of lavender. Think of an Indie Arie track with an added trap beat towards the end. A traditional love song with a new age twist. Person A is okay with how things are at the moment. It’s laid back, casual and “at least we know where we stand”… it suits their needs.

We then ease into ‘Good Thing’. It’s clear that the lines are starting to blur for person B. What was once a pale but comforting lilac is now withering into a darker mauve. Grey areas are forming and someone is catching feelings.

This is the stage where they’re both learning each other’s love languages and asking the important questions. Person B knows they’re not compatible. She says just as much in the line “I know your love language. It’s words of affirmation and I ain’t got the skills for that,” but she would still take a bullet for her lover. A pretty strong declaration of love by any means.

She croons that she doesn’t want to ruin a good thing – after all, they both knew where they stood and it was easier that way right?

The next track ‘Easy’ is where it all falls apart. Person B wasn’t supposed to catch feelings. It was all supposed to be easy? It was inevitable that the other person would start to care more than they initially wanted to. Each stroke of the keys is a stroke of plum, painting a picture of a doomed ending. It foreshadows an end to what was once so good.

‘Need Me’ is the realisation that things aren’t as rosy as expected. Only, this doesn’t represent the hurt and the pain. It actually sheds light on a harsh truth that we must come to terms with: ‘truth is, I don’t love you. I love the way that you need me.’ Person A is good for person B’s ego but ultimately…that’s it. Of all the songs, this is the one where Bellah’s voice and execution is most certain and doesn’t waver. The melody is moody and jumpy, sweeping us up in a storm of strong violets.

It’s a great way to close this chapter and end the EP.

Bellah’s spun a tale that is well known but she’s given us both sides. The push and the pull. Love and fear. The light tones and the dark ones in both the instrumentation and also the shades of purple that her music invokes.

All in all, it’s a step in the right direction for the singer. With this EP and the release of the catchy upbeat track ‘Something U Like’, she’s definitely making 2020 her year and we love to see it!

Listen to ‘In the meantime’ EP here: