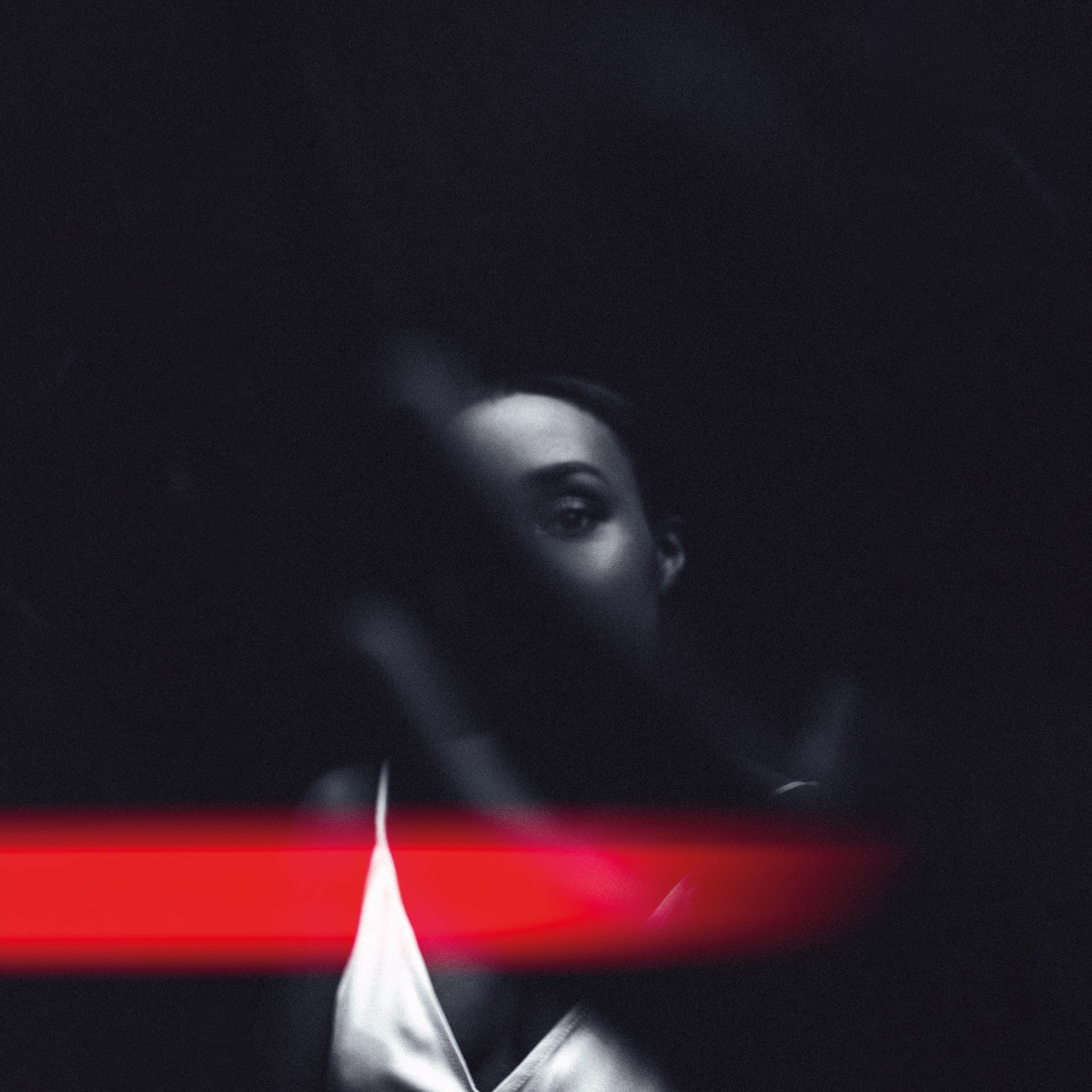 ‘Honey For Wounds’, the highly anticipated debut album from the illustrious and honest songwriter, Ego Ella May.

Before you even press play, you already get a sense of the tone from the title of Ego’s album. The title hints that healing, comfort, support and love are the core themes embodied in this album, setting the tone for what would be a listening experience littered with scents of firewood and vanilla, vocals of silk and the smoothness of honey itself.

The first track titled ‘Alright’, which features the Florida-born trumpeter, Theo Croker, is almost a statement from Ego to her listeners that she is on a journey which we will be privy to, but she is alright. It is an invitation into her mind and into her world as she details the space she is in, whilst indicating that things may not have always been ‘alright’ but they are now.

This lyric, followed by Theo Croker’s trumpet, is almost encouraging us to digest the weight of those words. The symbolism of the trumpet solo indicates the power of the tongue and is the perfect way to see out the track.

Moving onto ‘Table For One’, which was previously released in 2018. The track details the trials of a relationship and the need for individuality, letting go and healing. ‘Table For One’ is a track that needs to be dissected as the writing is impeccable; Ego discusses the on and off’s of a relationship, the slipping away of a loved one and the power struggle that sometimes occurs in relationships when they are on the rocks.

The track signifies a moment of truth and reckoning, identifying the strength needed to step away but equally recognising that healing is imminent and we’ll be fine if we put ourselves first.

Oscar Jerome’s recognisable guitar almost signifies the pulling away from a situation and the harshness of truth that comes with independence, accompanied by the steady, grounding bass indicating strength. The colours of this track start off as a deep brown and soon has bursts of fuchsia, red and an electrifying yellow produced by the guitar in the final quarter of the track.

Ego continues to show her range and thoughtful mind as she delves into worldly issues on ‘How Long Til’ We’re Home’. A sombre number with a very grounding bass that speaks to the sorrow and heaviness of the world, a perfect compliment to the lyricism in this song.

‘How Long Til’ We’re Home’ being the third track on the album is a genius placement as we’re quite quickly informed that this is not solely an album about romantic love, in fact, this track discusses the many experiences, feelings and thoughts of a young black woman who cares about politics, poverty, humanity, love and other world issues. This is documented in the tracks ‘Give a Little’ and ‘Girls Don’t Always Sing About Boys’, all of which have stunning visuals to accompany the message carried by Ego’s smooth and comforting tone.

‘A Song For Bobby’, also released in 2018, takes us into a reflective space in which Ego speaks of transitioning and becoming one with self, away from a relationship.

“Raindrops, minimal light, and Etta James
Always the cure when you leave”

The feeling of wanting and missing someone but knowing that they aren’t the one for you anymore, is all too familiar but beautifully depicted through intricate lyricism and the breathing space given to the instrumentation.

It seems that Ego’s ability to reflect on matters other than love, makes her a more relatable artist to the masses. ‘Girls Don’t Always Sing About Boys’, is such a transparent conversation between the artist and her audience, outlining what is important to her and bringing it to the forefront over a somewhat hypnotic melody. What a way to discuss the important topics in music! The track emphasises what the role of an artist can be as Ego acts as a narrator to the current climate. A much needed reminder that in a world that seems to be constantly dying, love and lust can be quite trivial.

‘In The Morning’ is like the turning of the tide as the energy picks up and feels like a new beginning. The colours of green and yellow bring hope and energy to mind, these are the colours I see as I listen to the light tone of Ego’s vocals. It feels like a walk in the park with cool breeze running through my locs and the sun beaming down on my face with fresh air and encouragement to keep on going. Although, there is a serious message about healing and trauma, learning and rebirth, which seems to be an underlying theme in this album.

Still considering her place in the world and the personal work that needs to be done, ‘In The Morning’ is a great example of introspection masked in melody and instrumentation, much like ‘Girls Don’t Always Sing About Boys’.

Moving onto track 7, ‘Maralisa Interlude’ featuring Singer Maralisa, a melodic mantra affirming the rejection of a specific feeling and moment in time.

“I don’t, ever, wanna feel that again”

The words are delivered in the form of buttery, smooth vocals and happens to be one of my favourite tracks on the album. I’m drawn to the prayer-like affirmations delivered over instrumentation, which sounds like a meditative collaboration between the bass guitar, keys, snare and layered vocals. This track brings forth visions of butterflies taking off into clear blue skies, freedom from a once bonding and suffocating experience. A track to be listened to in the morning to set boundaries for what you won’t accept or a track to reflect with after a long day, coated in golden brown tones reflecting the powerful subtlety of Alfa Mist’s production.

Track 8, ‘Science’, seems to allude to the oneness of life and everything in it. This track is laced with dreamy vocals and lo-fi instrumentation, giving me a free-falling feeling as though I am floating through space and discovering new planets with every line. In her own words, ‘Science’, is like an “outer-body experience”, and sounds like a free-falling amalgamation of words, sounds, feelings and emotions. Reflecting on the confusion of life and identity juxtaposed with the steadiness of the production, this track draws on the energy of black and grey tones which documents timelessness, renewal and calmness.

As the album comes to a close, we are taken back to the essence of Ego Ella May soul infused, and trumpet laced with, ‘Tonight I’m Drowning’. Could this be the moments after a relationship where either party longs for companionship guised as friendship? This track sounds like a night of wine and candles, wondering whether to make that call as she is consumed with thoughts, memories and perhaps regrets.

‘Give a Little’, is a reminder of how comprehensive Ego’s mind is. Questions floating across a mellow bass line and minimal instrumentation almost mirroring the simplicity of life outside of the madness. This track is particularly resonant, as I have also been a space where I just need a break, you know? Those moments where I’ve had to ask myself when things are going to let up and when I’ll be able to simply breathe! Having released this track in the wake of George Floyd and Breonna Taylor’s death’s and in the midst of outcry across the world, it is a timely track that speaks to Ego’s ability to reflect the times even unintentionally. Almost a reminder that she is one of us and not caught up in the culture of celebrity.

‘For Those Who Left’, is the perfect ending to this album as it closes a chapter that we’ve been blessed enough to read from start to finish. For those who left, is almost like the sequel to ‘Never Again’, doubling down on the notion that moving forward is the best step to take and there’s no going back, the door is officially closed!

The ending of this album leaves room for growth and leaves the listener satisfied but excited for what’s to come in the story of Ego Ella May. There’s something about being given such a deep insight into an artist’s personal life that allows connectivity and fandom to become sustainable. Ego has certainly solidified herself as a fine writer and smooth vocalist with the foresight and direction to deliver her messages in detail and with precision.

‘Honey For Wounds’, is like a long hug. The comforting tones of earthy brown and amber infused with scents of vanilla and sandalwood sets the stage for an audible experience which transports the listener from their current reality and reminds us of a time in our lives where heartbreak, fear, self-discovery and love were prevalent themes. For those who can’t relate, the album is like a guide for how to deal with the heartbreak of relationships, the state of the world, stepping forth independently and setting boundaries.

A sonically soothing body of work which can certainly be the soundtrack in various settings; on long winding roads overlooking vineyards of Napa Valley or during a humid one hour plane ride from Zimbabwe to Namibia. This is an album for escapism that feels more like introspection and self-assessment. This 11 track debut is a bold statement for Ego Ella May’s career and sets the tone for the level of quality we can expect in years to come.

Listen to the album “Honey For Wounds” here:
https://open.spotify.com/album/3treE5qQ9xbqKq5XozSwfO?si=IPgZRDsETrCqVb490dp_3Q